Share a memory
Obituary & Services
Tribute Wall
Read more about the life story of Donald and share your memory.

Donald, also known as Gilly, Mac, or Donnie, was born in Worcester to the late Donald E. and Pearl (Dominigue) Magill and raised in Oxford.  He is survived by his loving wife of 56 years, Phyllis (Magers) Magill. It was love at first sight and they married 10 weeks after meeting. He is survived by three children, Donnie Magill Jr. and his wife Adella of Wylie, TX, Melissa Magill of Worcester, and Shelly Foster and her husband Bill of East Hampton, CT.  He was proud of his children and all their success.

He is also survived by his grandchildren, Oscar Magill of Oxford, Elisa Magill and her husband Dane Uter, Brandon Magill and his wife Valerie of Wylie, TX, Shayne Simpson and his wife Erica of Putnam, CT, Asia Simpson and her husband Rocco Merolli of Southbridge, Ayden and Kole Rumford of Northbridge, Skylar Pignatella of Salem, Paul Pignatella and Nora Foster of East Hampton, CT; great-grandchildren, Elexis and Gian Simpson, of Dudley, Valerie and Kayla  Magill, of Oxford, Maya and Zane Uter, of Wylie, TX, and Francis Merolli of Southbridge; his sister- and brother-in-law, Kay and Johnnie Magers and their sons Jimmy and Roger Magers of Moundsville, WV; nephews and niece, Joe Evans of Reynoldsburg, OH, Lori Magers of Pittsburgh, PA.

He is also survived by a friend, Donna (Magers) Bartley of Moundsville, WV; a special cousin-in-law, Vivian “Sis” Taylor of Moundsville, WV, his very close friend, Gail Davis of Oxford; friends Kathy and Chuck Cyr of Saco, ME; Rick Simpson of Putnam, CT, Joe Pignatella of Branford, CT, Tammy Ricci Julian of North Carolina; his “other daughters,” Lisa (Cyr) Wright and her husband Jamie of Cape Elizabeth, ME and Amanda (Cheever) Adair and her husband Joe of Dudley; our neighbors, Joanne and Mark Fontanella (thank you for all the great food).

He was predeceased by his sisters and their husbands, Christina Ferro Forbes and her husband Freddie, and Pamela Magill George and her husband Don; his mother- and father-in-law, Mary Alvaretta (Bennington) Magers and Zane Magers; his granddaughter, Kayla Magill; and his very close friend, Phil Davis.

Donnie graduated from Oxford High School in 1964 and played every sport offered, including basketball, baseball, and track.  He continued playing on the United Parcel flag football and baseball teams and his beloved “Over the Hill Gang” softball team in Thompson, CT, as well as various club and bar teams.

After graduation, he served in the U.S. Army for 3 years, spending 13 months on the border of South and North Korea during the Vietnam War.

Donnie worked at United Parcel Service in Shrewsbury for 43 ½ years, where he served as a dedicated union steward and was a thorn to management.  He was a proud member of the Teamster’s Local 170 Union.  Previously, he worked at Pratt and Whitney for 4 years.

Donnie was a member of the Auburn Elks, the Disabled American Veterans in Webster, and the American Legion Post 58 and V.F.W. Post 5663, both in Oxford.

Donnie is remembered as a generous man, especially to his children and grandchildren.  His generosity knew no limits.  He was a mentor and role model for his grandchildren and loved to watch football on Sunday afternoons with his grandsons.  His favorite team was the Philadelphia Eagles, closely followed by the New England Patriots.

The family would like to thank Dr. Gerald Chase and his assistant Denise Bourassa, his pulmonologist Dr. William Wong, his rheumatologist Dr. Karen Salomon-Escoto, and Day Kimball Hospice, for the exceptional care given to Donnie during his illness.

At Donnie’s request, no services will be held at this time.  A private graveside service will be held later at North Cemetery in Oxford, followed by a dinner for close friends and family.  In lieu of flowers, memorial contributions may be made to the Disabled American Veterans, P.O. Box 14301, Cincinnati, OH 45250-0301, or to the Rheumatology Research Foundation, 2200 Lake Blvd, Atlanta, GA 30319, or to Pulmonary Fibrosis Foundation, 230 East Ohio Street, Suite 500 Chicago, Illinois 60611. 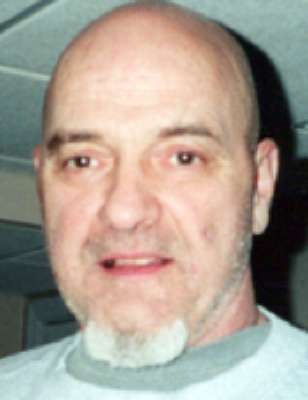 You can still show your support by sending flowers directly to the family, or by planting a memorial tree in the memory of Donald L. Magill
SHARE OBITUARY
© 2023 Paradis-Givner Funeral Home. All Rights Reserved. Funeral Home website by CFS & TA | Terms of Use | Privacy Policy | Accessibility