Share a memory
Obituary & Services
Tribute Wall
Read more about the life story of Vivian and share your memory.

OXFORD – Vivian L. (Cusson) Gates, 82, died Wednesday, November 16, 2022, at Webster Manor Nursing Home in Webster.  She is survived by three children, Debra J. Prunier of Oxford, Robin D. Metcalf and her husband Paul of Rochdale, and Mark A. Gates and his wife Caroline of Shrewsbury; her sister, Rose Mary Turner of Auburn; four granddaughters, Neicha Prunier, Sheena Gates, Anne Huber, and Mary Sujo, eight great-grandchildren, and several nephews and nieces.  She was predeceased by her former husband, Robert M. Gates who died in 2019; and two brothers, Edward Cusson and William Cusson.  She was born in Worcester, daughter of the late Emile Norman and Jane Y. (Courcy) Cusson, and lived for many years in Ocala, FL, before moving to Oxford in 2004.

Mrs. Gates was a school bus driver for Bay Path R.V.T. High School in Charlton for many years.  Later, she was the manager of Cumberland Farms in Oxford and Auburn.  Mrs. Gates then owned and operated Self Service Garage in Auburn for many years.  Later, she moved to Florida and opened the Maine Place Restaurant in Ocala.  She was a girl scout leader in Charlton for many years when her daughters were young.  She was a member of the Dog Park Committee in Oxford, which brought her great joy.  She enjoyed spending time with her family and lifelong friends, and especially loved time with her grandchildren.

A private graveside service will be held at a later date at Hillside Cemetery in Auburn.  In lieu of flowers, donations may be made to the Oxford Dog Park with checks payable to the Town of Oxford, 325 Main St., Oxford, MA 01540. 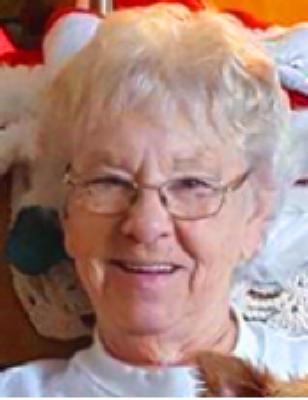 You can still show your support by sending flowers directly to the family, or by planting a memorial tree in the memory of Vivian L. (Cusson) Gates
SHARE OBITUARY
© 2022 Paradis-Givner Funeral Home. All Rights Reserved. Funeral Home website by CFS & TA | Terms of Use | Privacy Policy | Accessibility